If you see the Official Python3 documentation for strip(), it says that strip without parameters will return the string without the leading and trailing white spaces.
Optionally you can pass a string with the characters you want to eliminate. 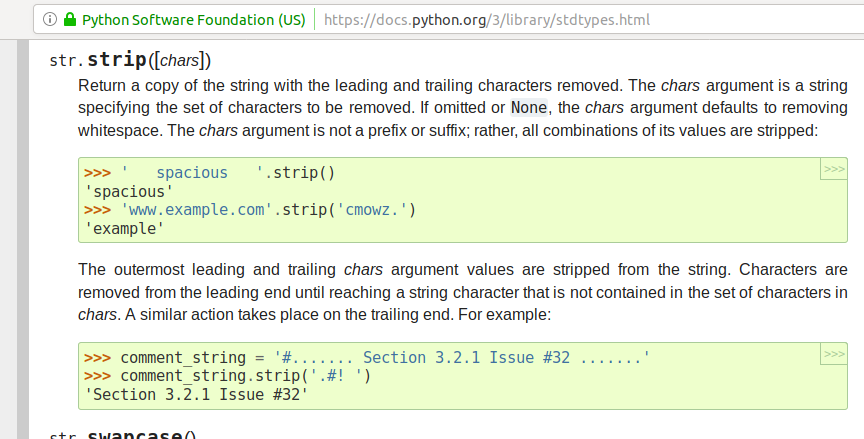 The official documentation for Python 2 says: 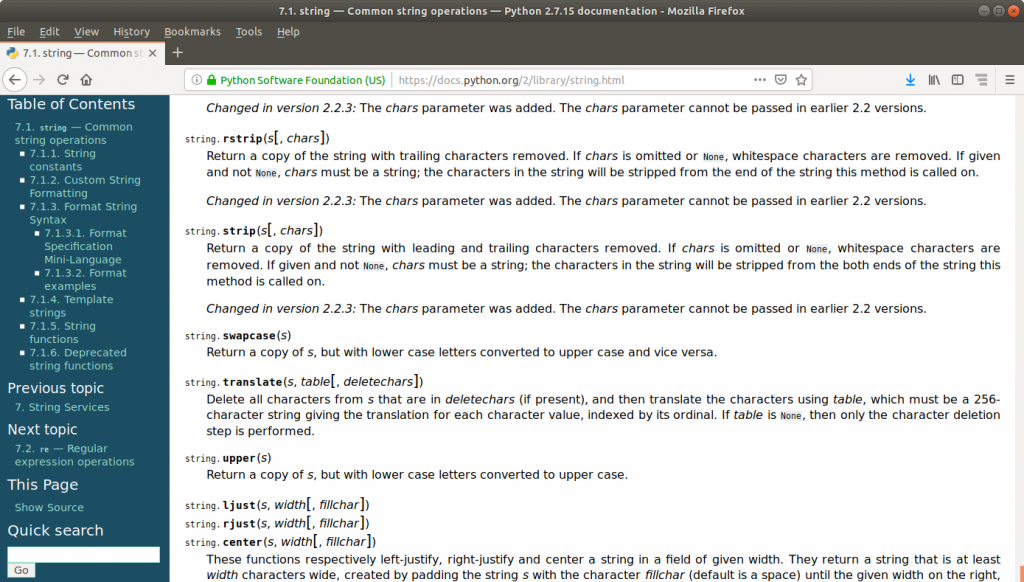 A white space is a white space. Is not an Enter.
But strip() without parameters will remove white spaces (space), and Enter \n and Tabs \t.

Probably you will not realize that unless you read from a file that has empty lines at the end for a reason, and you use strip().

You can see a demonstration following this small program, that runs the same for Python2 and Python3. 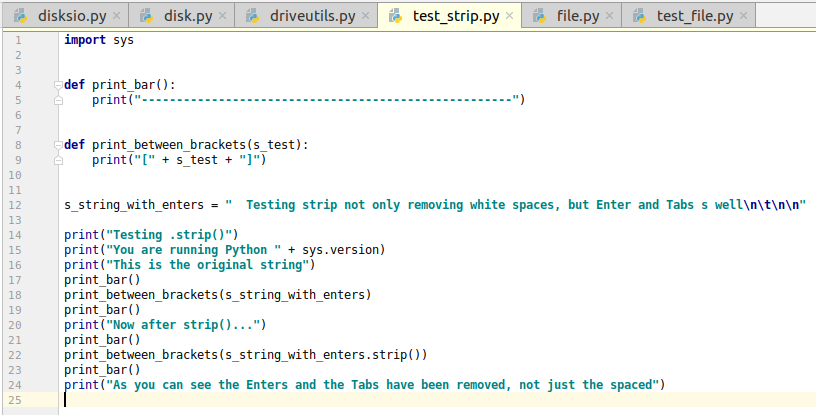 And the corresponding output for python2 and python3: 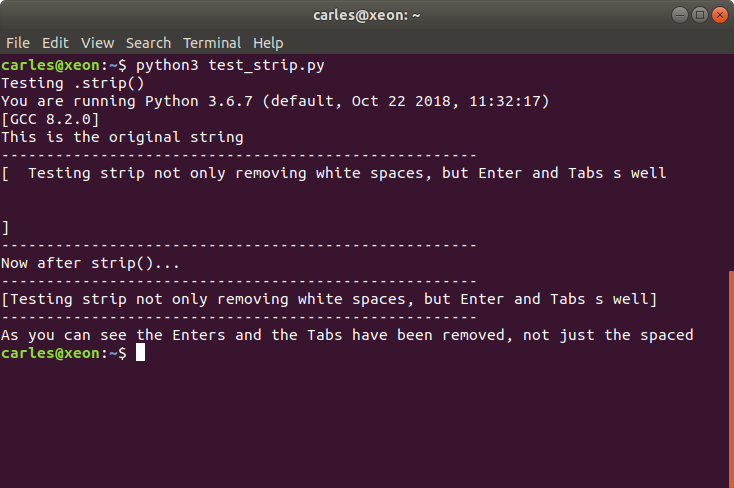 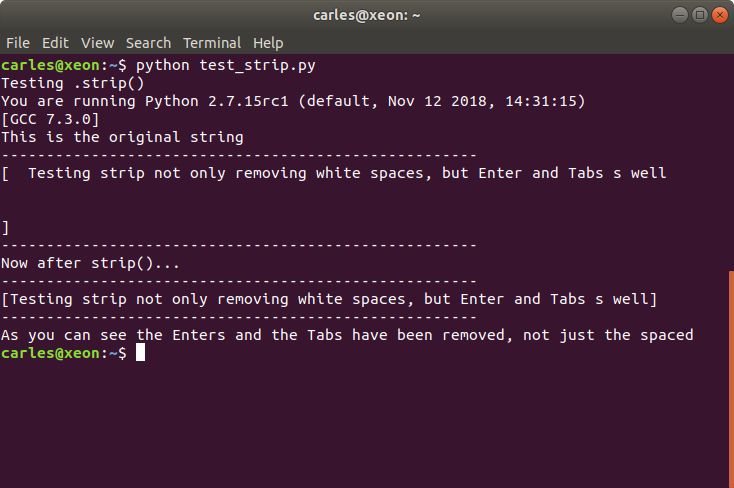 The [ ] characters where added to show that there are no hidden tabs or similar after.

Here I paste the code so you can try yourself:

I think this should be disambiguate so I decided to take action. Is very easy to blame and never contribute. Not me. I went to Python to fix that and I located a bug reporting this issue:

The issue was registed and made specially interesting contributions by Dimitri Papadopoulos Orfanos.

The thread is really interesting to read. I recommend it.

So all those characters will be stripped in Python2.7 if you use just string.strip()

The ticket was opened the 2015-10-18 12:15. So it’s a shame the documentation has not been updated yet, more than 3 years later. Those are the kind of things, lack of care, that I can’t understand. Not looking for the excellence.

Please, do note that Python3 supports Unicode natively and things are always a bit different than with Python2 and AscII.

I lead a project where I decided to go with Python 2.7, for the wide compatibility across all the Servers around.

With RHEL now supporting Python 3 as well, it doesn’t make much sense any more, as all the major brands do support Python 3 directly.

I saw it coming so in my Coding Style Guide for my Team I explained that we will use print(“”) which is the required way to proceed with Python 3, as opposite to print “whatever” from Python 2. Noye Python 2 supports both methods.

But today something unexpected appeared in the Tests. One line of code was making a print of ().

The line of code was: