After all the success about the article stopping an XMLRPC to WordPress site attack and thanks messages (I actually helped a company that was being thrown down every day and asked me for help) it’s the moment to explain how to stop an attack much more heavily in evilness.

The first sign I saw was that the server was more and more slower, what is nearly impossible as I setup a very good server, and it has a lot of good development techniques to not having bottlenecks.

I looked at the server and I saw like 3,000 SYN_SENT packets. Apparently we were under a SYN Flood attack.

Server had only 30 GB of RAM so, and started to be full, with more and more connections, and so more Apache processes to respond to the real users fast it was clear that it was going to struggle.

I improved the configuration of the Apache so the Server would be able to handle much more connections with less memory consumption and overhead, added some enhancements for blocking SYN Flood attacks, and restarted the Apache Server.

I reduced greatly the scope of the attacks but I knew that it would only be being worst. I was buying time while not disrupting the functioning of the website.

The next hours the attacks increased to having around 7,500 concurrent connections simultaneously. The memory was reaching its limits, so I decided it was time to upgrade the instance. I doubled the memory and added much more cores, to 36, by using one of the newest Amazon c4.8xlarge. 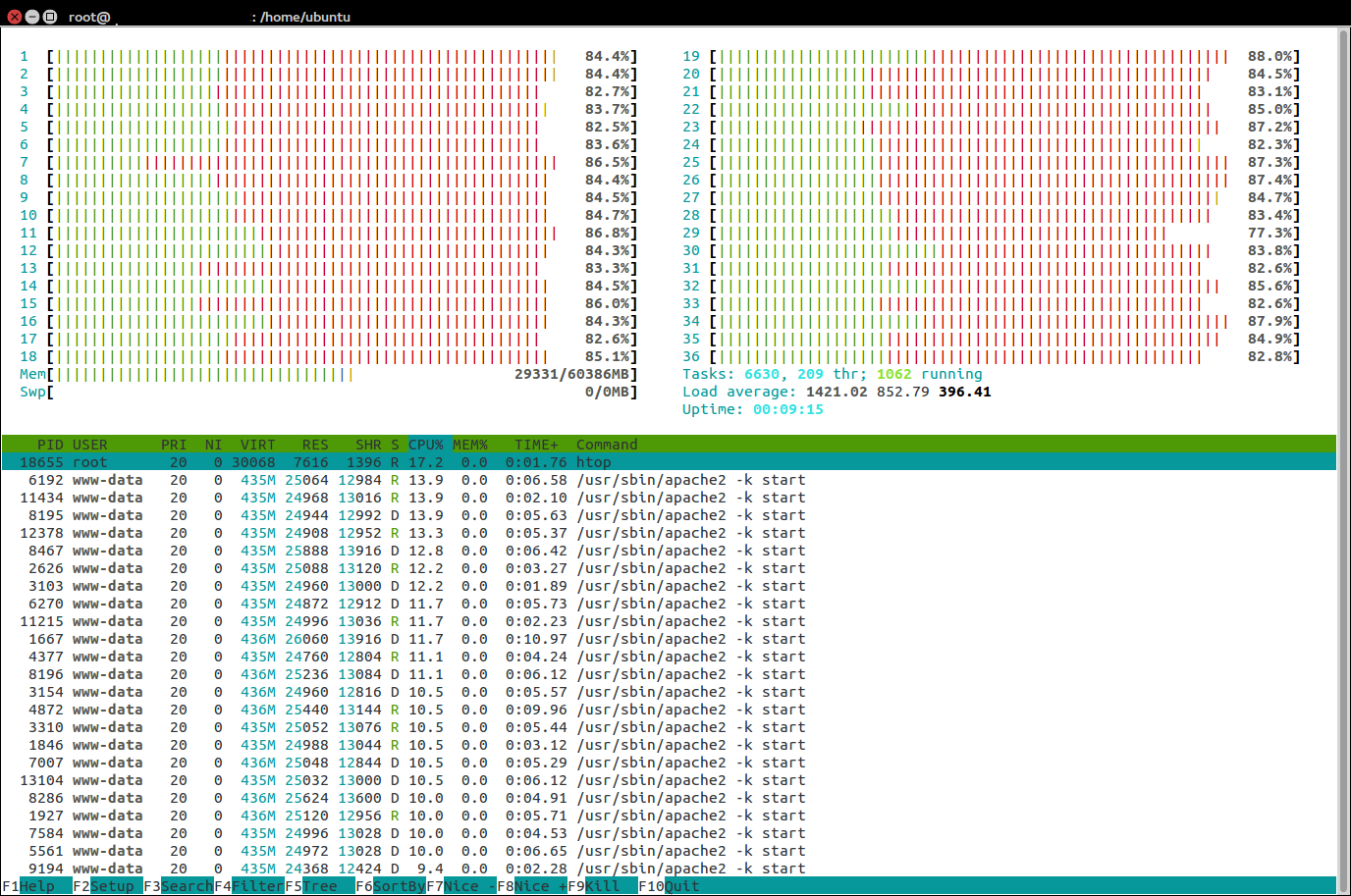 The good thing about Cloud is that you pay for the time you use the resources. So when the waters calm down again, I’m able to reduce the size of the instance and save some hundreds to the company.

I knew it was a matter of time. The server was stabilized at using 40 GB out of the 60 GB but I knew the pirates will keep trying to shutdown the service.

Once the SYN Flood was stopped and I was sure that the service was safe for a while, I was checking the logs to see if I can detect a pattern among the attacks. I did. 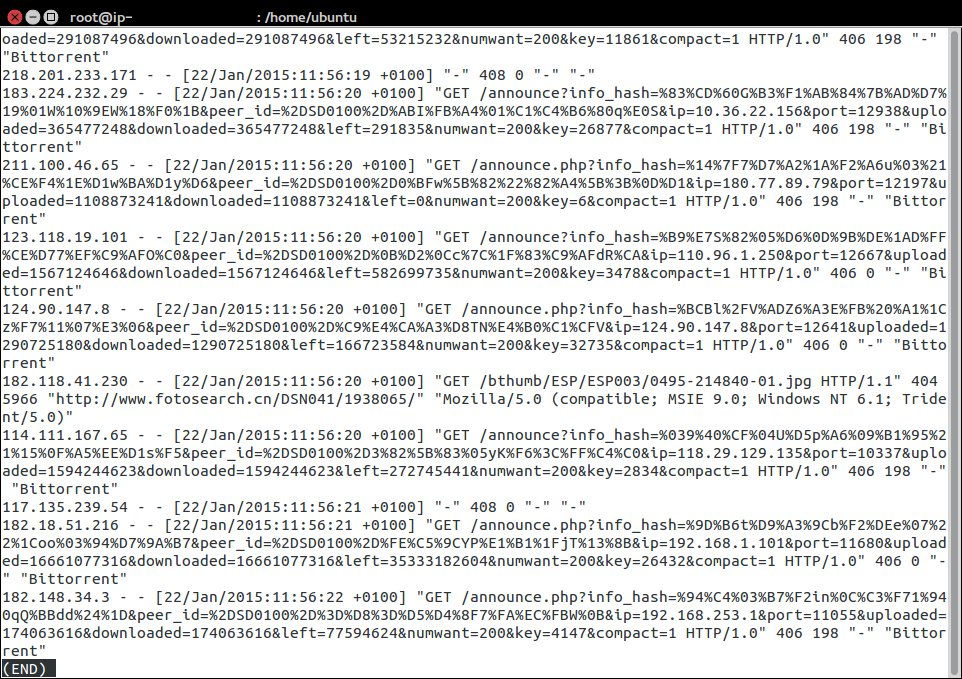 Most request that we were receiving where to a file called announce.php that obviously does not exist in the server, and so it was returning 404 error.

The user agent reported in many cases BitTorrent, or Torrent compatible product, and the url sending a hash, uploaded, downloaded, left… so I realized that somehow my Server was targeted by a Torrent attack, where they indicated that the Server was a Torrent tracker.

As the .htacess in frameworks like Laravel, Catalonia Framework… and CMS like WordPress, Joomla, ezpublish… try to read the file from filesystem and if it doesn’t exist index.php is served, then as first action I created a file /announce.php that simple did an exit();

The response_code 406 was an attemp to see if the BitTorrent clients were sensible to headers and stop. But they didn’t.

With with simple addition of announce.php , with exit(), I achieved reducing the load on the Server from 90% to 40% in just one second.

The reason why a not found page was causing so many damage was that as the 404 error page from the Server is personalized, and offers alternative results (assuming the product you was looking for is no longer available), and before displaying all the Framework is loaded and the routes are checked to see if the url fits and so has some process to be done in the PHP side (it takes 100 ms to reply, is not much, but it was not necessary to waste so much CPU), even being very optimized, every single not found url was causing certain process and CPU waste. Since the attack had more than 7,000 different ip’s simultaneously coming to the Server it would be somewhat a problem at certain point and start returning 500 errors to the customers.

The logs were also showing other patterns, for example:

So without the PHP extension. Those kind of requests would not go through my wall file announce.php but though index.php (as .htaccess tells what is not found is directed there).

I could change the .htaccess to send those requests to hell, but I wanted a more definitive solution, something that would prevent the Server from wasting CPU and the Servers to being able to resist an attack x1000 times harder.

At the end the common pattern was that the BitTorrent clients were requesting via GET a parameter called info_hash, so I blocked through there all the request.

I wrote this small program, and added it to index.php

Please note, this code can be added to any Software like Zend Framework, Symfony, Catalonia Framework, Joomla, WordPress, Drupal, ezpublish, Magento… just add those lines at the beginning of the public/index.php just before the action of the Framework starts. Only be careful that after a core update, you’ll have to reapply it.

After that I deleted the no-longer-needed announced.php

What the program does is, if you don’t have defined a proxy/CDN ip, to write the ip connecting with the Torrent request pattern to a log file called for example:

And also exit(), so stopping the execution and saving many CPU cycles.

The idea of the final date is to blacklist the ip’s only for 24 hours as we later will see.

With this I achieved reducing the CPU consumption to around 5-15% of CPU.

Then, there is the other part of stopping the attack, that is a bash program, that can be run from command line or added to cron to be launched, depending on the volume of the attacks, every 5 minutes, or every hour. 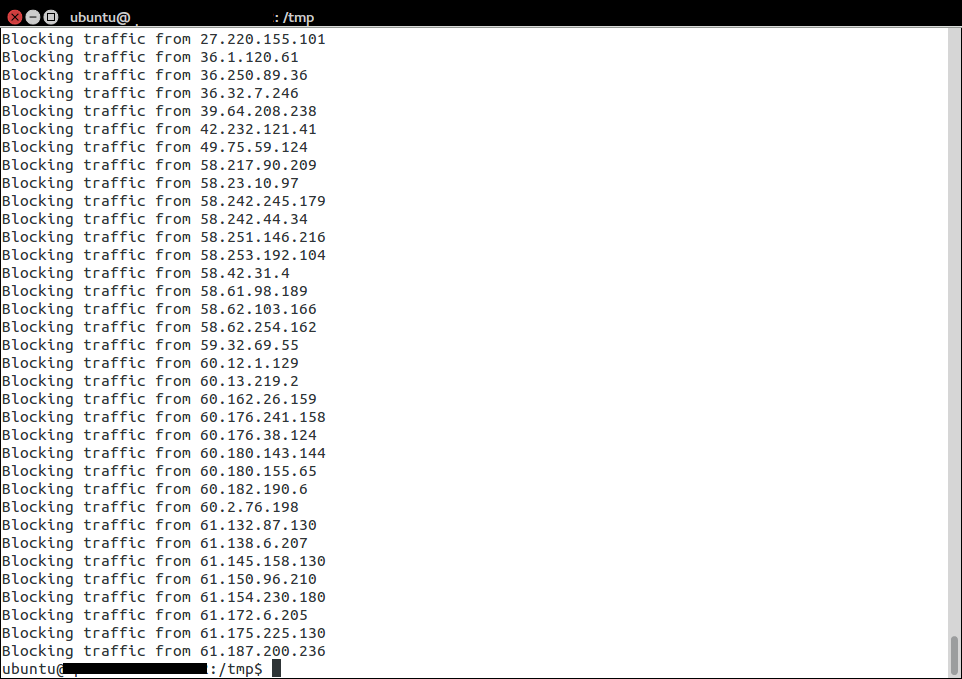 This scripts gets the list of ip’s addresses, gets the list of unique ip’s into another file, and then makes a loop and adds all of them to the iptables, the Firewall from Linux, and blocks them for accessing the web at port 80 (http) or 443 (https, ssl). You can block all the ports also if you want for those ip’s.

Note: One of my colleagues, a wonderful SysAdmin at Ackstorm ISP, points that some of you may prefer using REJECT instead of DROP. An interesting conversation on serverfault about this.

After fixing the problem I looked over the Internet to locate any people reporting attacks like what I suffered. The most interesting I found was this article: BotTorrent: Misusing BitTorrent to Launch DDoS Attacks, from University of California, Irvine. (local copy on this website BotTorrent)

Basically any site on the Internet can be attacked at a large scale, as every user downloading Torrent will try to connect to the innocent Server to inform of the progress of the down/upload. If this attack is performed with hundreds of files, the attack means hundreds of thousands of ip’s connecting to the Server… the server will run out of connections, or memory, or bandwidth will be full from the bad traffic.

Some people, business users, asked me who could be interested in injuring other’s servers or disrupting other’s businesses without any immediate gain (like controlling your Servers to send Spam).

So bad people that instead that using their talent to create, just destroy and act bad being evil to others.

In other cases could be bad luck to have been assigned an Ip that previously had a Torrent tracker, it has not much sense for the Cloud as it is expensive, but it has that a Server with that ip was hacked and used as tracked for a while.

Also governments could be so wanting to disrupt services (like torrent) by clumsy redirecting dns to random ip’s, or entertainment companies trying to shutdown Torrent trackers could try to poison dns to stop users from using Bittorrent.

See the definitive solution in the next article.